Posted at 23:51h in CloudPBX, Skype for Business, Teams by shawn harry

The Poly CCX is a new line from Poly that supports native Teams phones. All CCX models can be purchased with or without a handset. I choose to go with the CCX500 model with a handset as in my experience this is the more common use case for general population. I’ve yet to see any guidance from Poly covering the use cases for models without handsets which in my opinion do present some questions. This post will cover some of the management and user experience specifics available as of this time of writing for this model and some of the differences iv noted with other Teams certified phones namely Yealink and Audiocodes.

All certified Teams Phones can be found here. 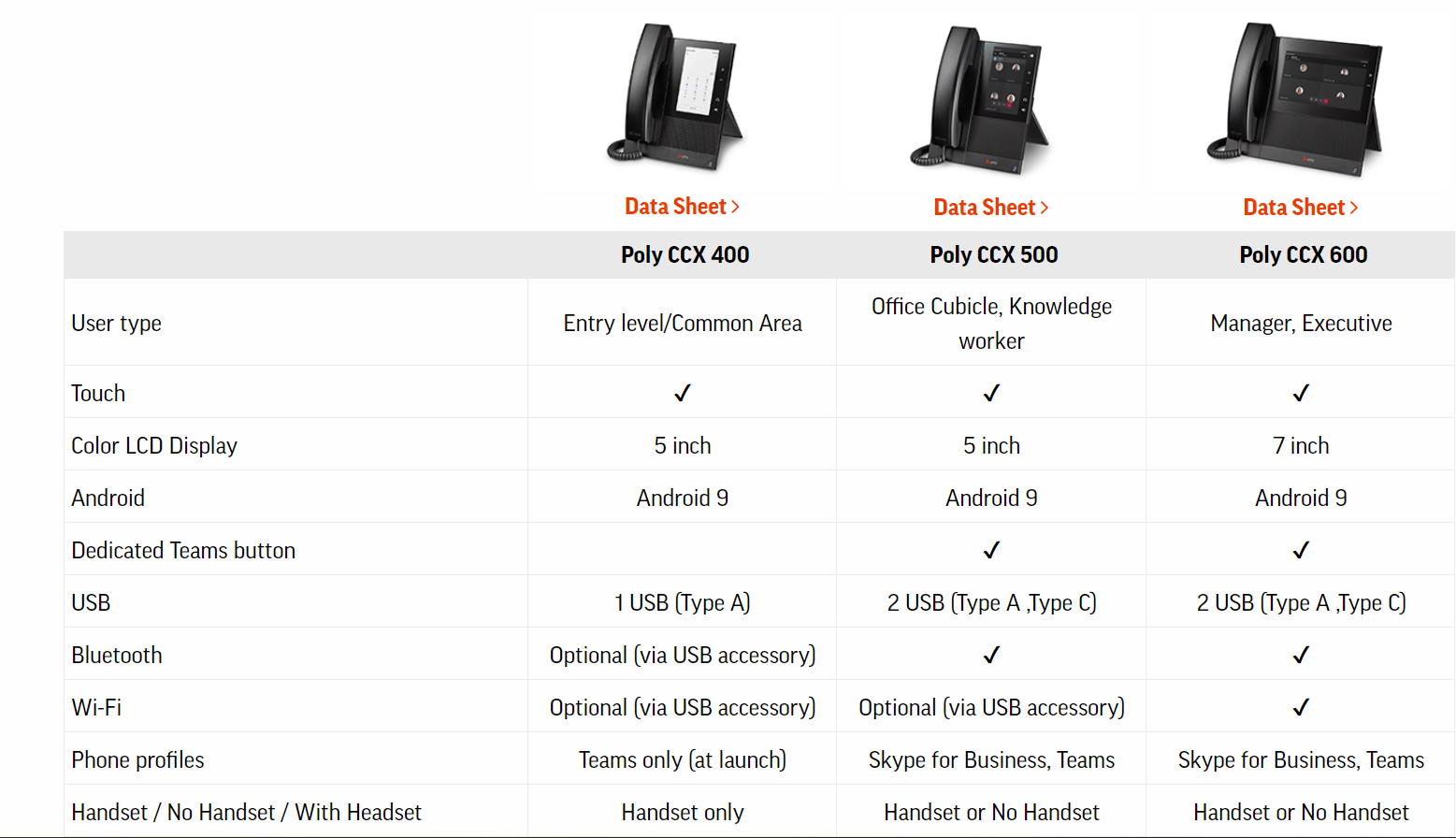 As is the case with most Poly phones the 500 includes a web server so the device can be managed remotely by an administrator. This is useful if specific device features (outside of the Teams App) need to be modified, enabled or disabled. The web server is not on by default for security reasons. To turn it on the phone go to Device Settings > Admin Only > Debug > Web User Interface. This will enable the web server on https. You can then browse to the phone on its IP address.

Note: The network configuration for the phone is available Device Settings > Admin Only > Debug > Network Configuration. On startup you have the option to either use Skype for Business or the Teams profile. For the purpose of this post all instructions assume native Teams mode.

Once logged in the first thing you need to do is update the phone to the latest firmware. This can be done using the Poly Hosted Server. Secondly you should change the admin password from the default “456”. Using the Web Server on the phone for phone management is useful for one off changes or small deployments but for larger enterprise environments as was the case with SfB a provisioning server such as PDMS (Poly Device Management Service) can be used to manage phone provisioning. Obviously the Teams App can still be managed via the Teams Admin Centre though there are a limited set of device and network settings that are available.

I will cover CCX phone management via PDMS in a later post.

You’ll notice a number of settings are greyed out. These are only available when the phone is in SfB/3PIP mode. 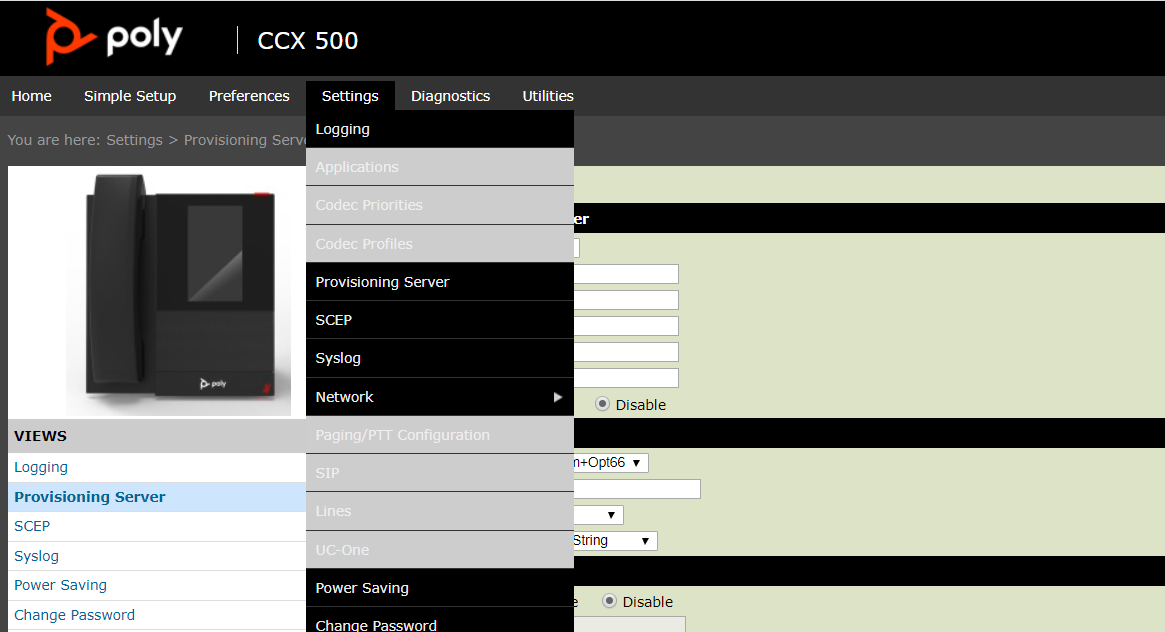 The 500 can also be enabled for SfB/3PIP if desired. This can be enabled via the Teams App on the phone or via the web UI. From the Simple Setup menu the SfB Profile can be selected. This will cause the phone to reboot. 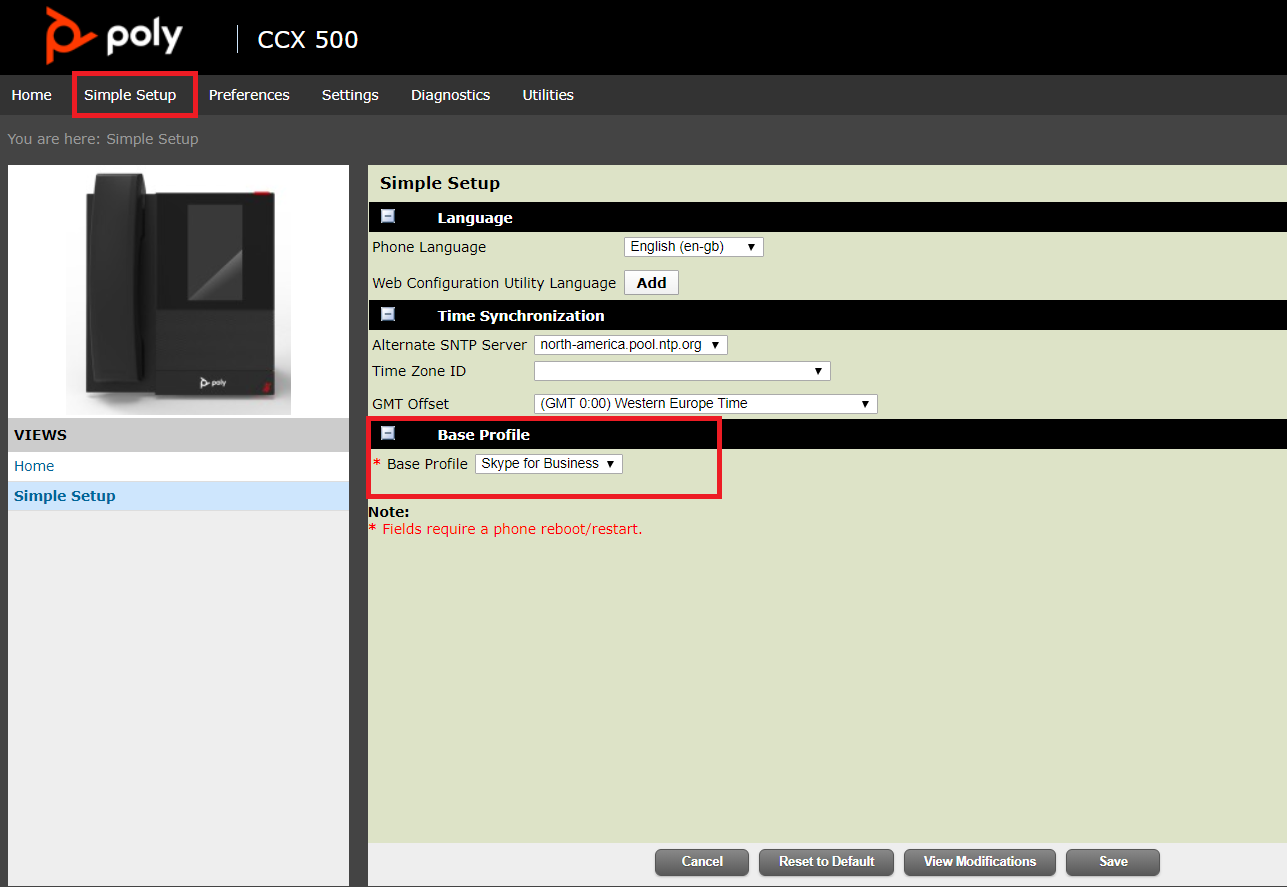 Oddly despite the network being available on phone start up just before the Teams App is launched i’m presented with the error below. Despite this error the Teams App launches and signs in my Teams Account. Its possible this may be a bug.

It doesn’t seem to be possible to use the Teams button and it is unavailable once the Teams App is launched. Maybe this will be available in a later firmware update.